Flos has born from the unexpected.

In 2008 the sculptor, painter and videoartist Albano Morandi asked me to use a song from my album Tacet as the soundtrack to a video he had to show at the Biennale di Venezia.

A few years later, in December 2011, Albano had a diffused series of expositions for his 30th anniversary in art production and invited me to play at the premiere of his video outside the Biennale.
Although I was honored by his proposal I thought that my music should have been more related to his work. I felt the need for a deeper connection. The main and recurrent pivot of his expression, I think, can be found in the re-use, recycling of objects that apparently have completed their reason to exist. So I thought about creating a sound source made of recycled objects. 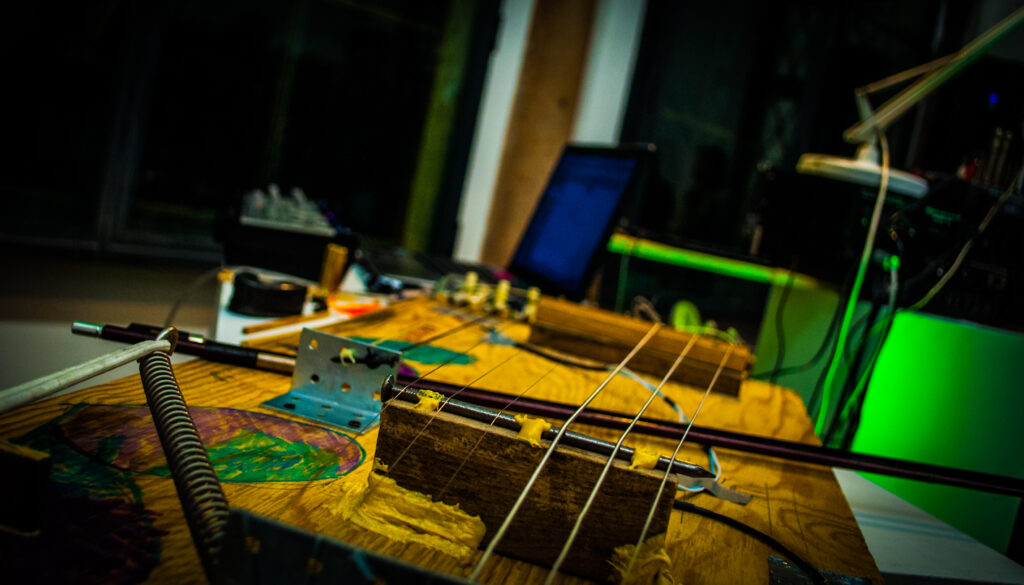 Here are some notes about how I built my first “tavola sonora”, or “tavola di Flos”.

I liked the idea and I thought of taking this chance to invite Stefano to join me in the project.
I knew Stefano a couple of years before and since then we have recognized the will to collaborate.
The first public appearance of the sound boards was at Albano’s video premiere in Brescia, in December 2011, immediately after this event we have been invited to play at the Scuola di Musica del Garda, opening for the great Carlo Boccadoro’s lecture on John Cage. 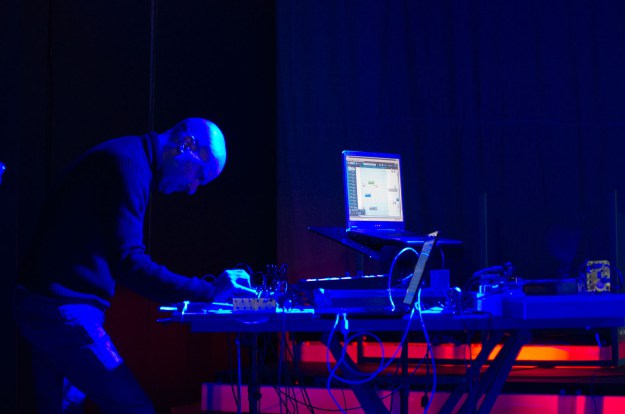 A few days later a new occasion came thanks to Galleria Corraini in Mantova, where another exposition by Albano Morandi was hosted.
The feeling that something is coming up and calling for some care was clear to both of us.
A few days before that performance we decided the sound boards’ project deserved a name, an identity.
With the help of Evelina, we have chosen to call this project “Flos”. It has been the beginning of an unexpected musical adventure.

Here is Flos music on Bandcamp