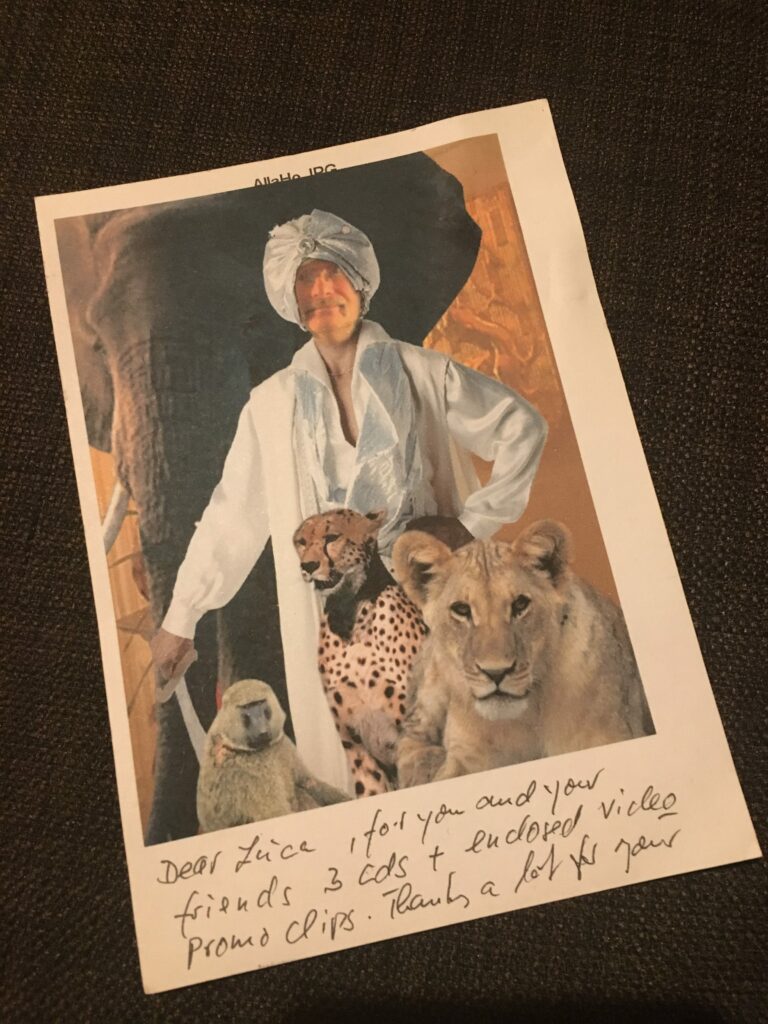 one of Holger’s card. He used to always place one in the envelope when sending audio tracks back and forth while working on a project. Audio files were sent on data cds at that time.

It was 2000 or so when me and Holger Czukay began to collaborate together.
The first project we did together was an album titled Linear City but, beside some recordings we’ve shared since then ( see also 21st Century) , the spiritual presence of this man became constant in my life.
His joyful manners have always been gently expressed in his postcards, messages and conversations.
I still have some of the postcards he was putting in the packages we were exchanging at the time when it was not possible to share large audio files via the internet.
They were expressing taking fun seriously, and they always made me think about the intention and the attitude behind my music making.

He will always be a reference of how growing through music can make a human being bright of pure beauty.

This site uses Akismet to reduce spam. Learn how your comment data is processed.